The idea for this platform emerged during a workshop about Cooperative Urbanism in Moscow. The workshop, ‘Urban Tactics and Media Ecologies‘ was hosted at the Strelka Institute, led by Nitin Sawhney and Christo de Klerk of The New School in collaboration with Shriya Malhotra and MAKE/Anton Polsky of Partizaning.

During a week-long investigation in the outer districts of Moscow, and based on in-depth work with activists, we identified a need.

People were taking actions in public spaces, but had little to no knowledge of others doing similar things. There was a desire to connect and self-organize around shared issues of concern, to connect individuals with a community in a specific space, and to learn from the actions of others in cities worldwide.

As tacticians, we were aware of the importance of creative thinking and solutions to quality of life concerns in urban spaces. In collaboration with workshop participants Camilla Burke, Tony Kolobakhen and Alexey Sidorenko, we created a simple prototype platform, Synchronicity, and tested it in Troparev-Nikulino. 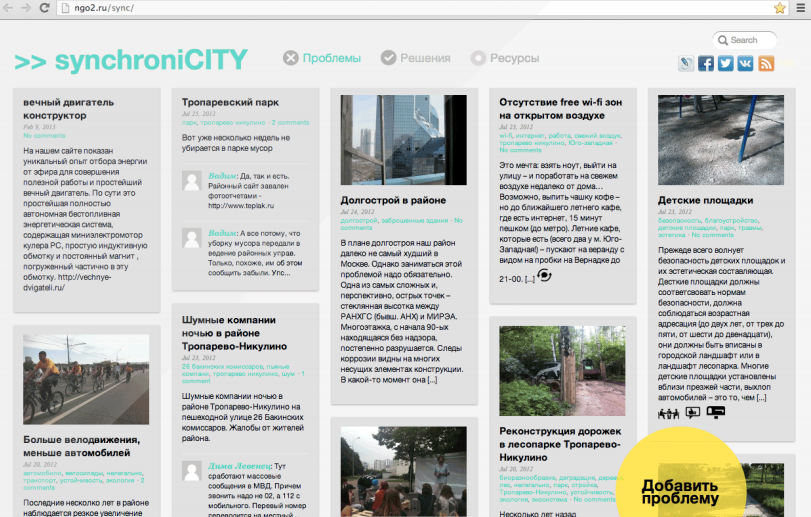 We spent a year testing the usability and realized that the prototype required further research to develop to a new stage of functionality. After several feedback sessions with activists in Moscow and designers in New york, a second version was created in collaboration with Laura Scherling, Dan Selden, and Carl van Toden. 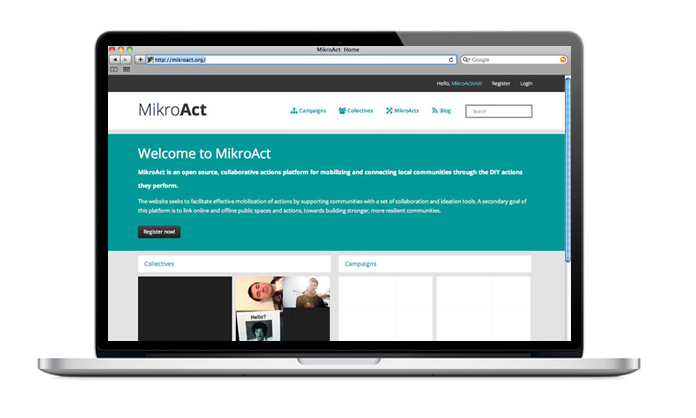 This third, simple and actionable version of microact is based on the discussions and insights from these participants.

This process of participatory research and collaborative design was shared at various forums of experts and like-minded civic practitioners at MIT Center for Civic Media in Boston, The New School Media Studies Department in New York, TEST in Moscow, Delft University Conference on ICTs in The Netherlands (Paper and Presentation), and at the Urban Knights Forum in Berlin.